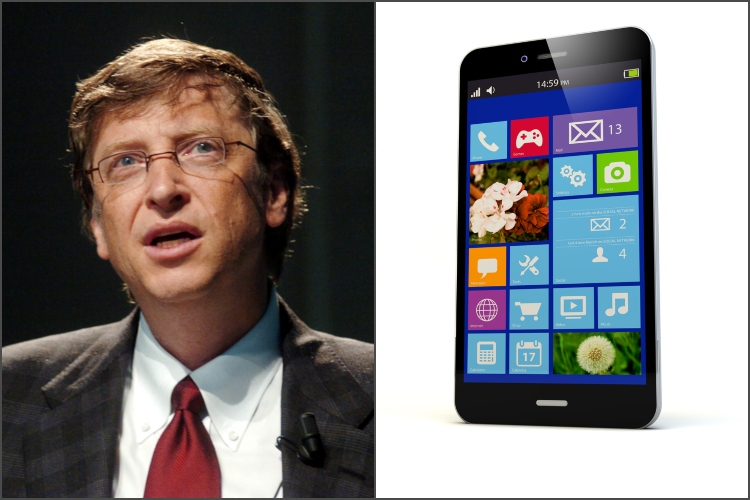 Microsoft’s Windows operating system, as we all know, is an OS that powers more than a billion PCs and laptops across the globe. However, as you may know, Microsoft could not keep up the pace in the mobile department, and that, as per Bill Gates, is one of the biggest missed opportunities in his life.

In a recent interview with Indian Express, Bill Gates talked about the role of Big Tech in India and the digital adoption that has been growing ever since the pandemic. In the interview, at one point, when Gates was asked about “a missed opportunity” of his life, he said that Microsoft not able to develop a decent mobile operating system for smartphones was one of the biggest missed opportunities in his life.

“You know, Microsoft did not end up doing the phone operating system well enough. I made mistakes there that I regret,” said the former Microsoft Chief. You can check out a short snippet of the full interview right below.

Microsoft later acquired the Lumia brand and continued to release Lumia branded devices with its Windows Phone OS for quite some time. However, as Google’s Android and Apple’s iOS became the primary OSes in the mobile industry, Microsoft terminated the active development of Windows Phone OS back in 2017 and started working on integrations with the said mobile OSes.

I remember using the Windows Phone OS on my Nokia Lumia 520 back in the days, and surprisingly I loved it at the time. The OS had a tile-based UI design that was similar to its Windows-for-PC counterpart. Later, Microsoft introduced features like an interactive notifications panel and other customization features to keep the OS fresh and compete with the behemoths.

However, Microsoft failed to deliver regular updates to the OS, and at one point, the market share for the Windows Phone OS went down to just 1% in the industry. This was mainly because Microsoft could not keep up with its competitors such as Android and iOS that offered nifty features that users started to love. As a result, several users ditched their Windows Phone devices for an iPhone or any of the numerous Android-based smartphones in the market.

Nonetheless, Microsoft has maintained its position in the PC and laptop market with its Windows OS. The company’s desktop platform is one of the most popular in the world as it powers billions of computer systems, be it personal computers or computers in offices or government organizations, around the world.

Moreover, the company is developing a new ChromeOS-like operating system, Windows 10X, for its upcoming dual-screen devices and other small devices such as tablets. We recently saw a leaked version of the software running almost perfectly on a Nokia Lumia 950XL. This shows that if Bill Gates did not make “mistakes” and developed the Windows Phone OS diligently, things would have been very different for Microsoft in the smartphone industry.

[ad_1] A joe nodden, 42 minutes agoThis has to be a joke. A $350 A51 5G with an overheating slow Exynos 980 is praised for it… moreYes, CTA with their CES is clearly a promotional organization. They could have included innovative products like LG Wing to make this rating look natural. But A51 […]

The Asus ROG Phone 5 will have up to 18GB of RAM, Geekbench scorecard confirms

[ad_1] The Asus ROG Phone 3 was one of the first smartphones to have 16GB of RAM, it sequel will likely become the first smartphone to offer 18GB – it will be announced on March 10, so competitors have just over a week if they want to be first. This can be seen in a […]

[ad_1]         | Published: Saturday, December 19, 2020, 11:13 [IST] We all feel our hearts skipping a beat when we drop something, especially our smartphones. And if you have a flagship device like an iPhone, dropping it could be your worst nightmare. Brazilian documentary filmmaker Ernesto Galiotto had one such shocking experience, […]